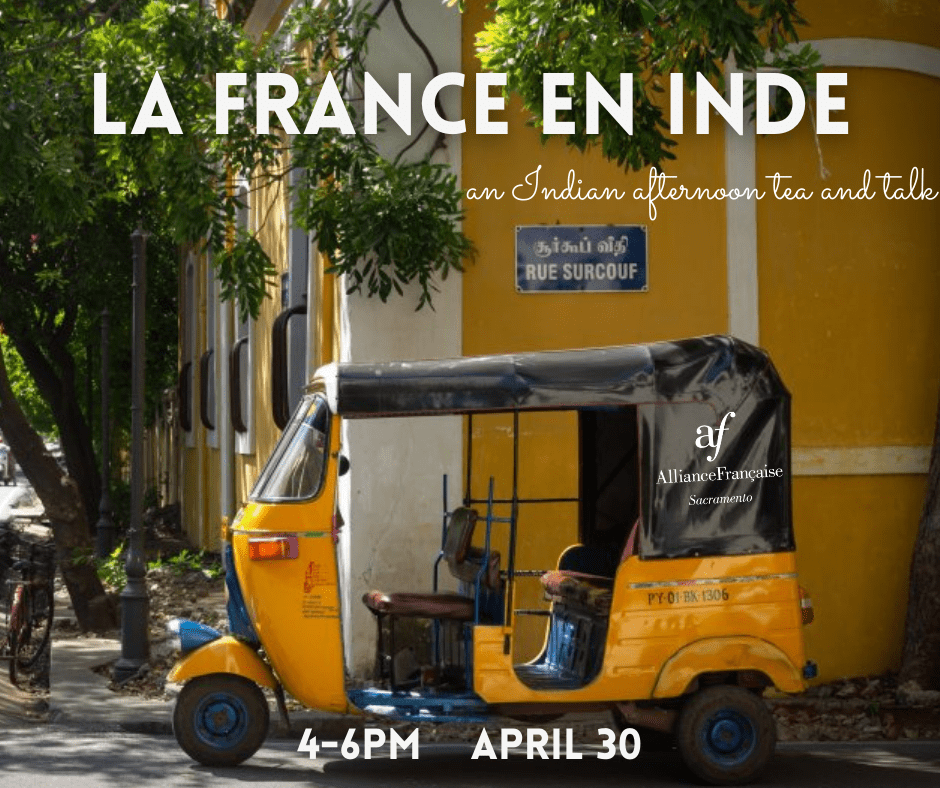 A Touch of France in India

Join us for an Indian afternoon tea and talk about how France has had an important influence on Indian culture: from food, to fashion, to architecture, to many forms of art, music, and dance. In this event, Natasha Dhawan, will examine French influence, Indian French dialect, and provide an introduction to Franco-Indo relations.

The event will also feature a brief history of French colonies in India, including Pondicherry. In the south of India is Pondicherry, a French colonial settlement in India until 1954, is now a Union Territory town, with Its French legacy preserved in its French Quarter, with more than 10,000 Francophones living there today.

Natasha Dhawan earned both a BA in English literature and a BA in Education in India. She was active with the Alliance Francaise in New Delhi. She has taught French, English, and social sciences at the primary school level and has recently moved to the Sacramento region. 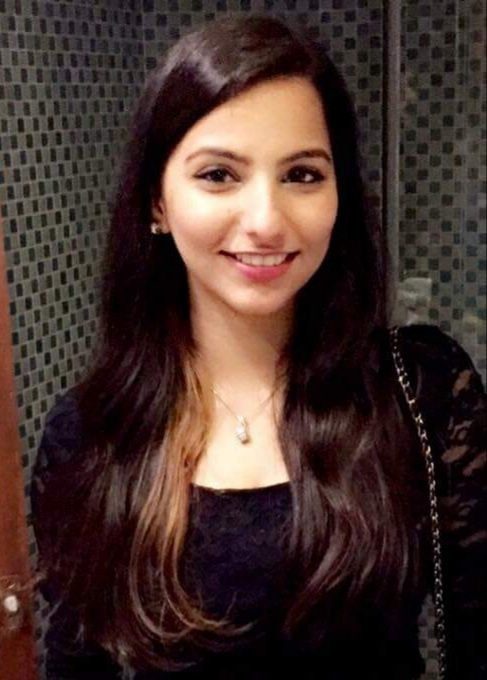